The business of religion for some can be a very profitable profession to enter, and no, we’re not talking in a spiritual sense. Televangelists and pastors of megachurches rake in the cash for their congregations, enough so that some of them enjoy their own private planes, refurbished arenas as churches and luxurious mansions. Will these pastor’s wealth help them step into the gates of heaven? We don’t know, but it certainly can’t hurt here on Earth.

One of the most recognizable pastors, Joel Osteen is popularly known as “The Smiling Preacher.” Taking over his father’s televised sermons as Lakewood Church’s Senior Pastor, Osteen grew his weekly viewers from 5,000 to 43,000.


Osteen has become such a popular preacher that he’s now considered a brand with seven million weekly viewers in over 100 countries. He has recently come under fire for refusing to open his mega-church to thousands of dispossessed citizens of Houston, Texas during hurricane "Harvey". 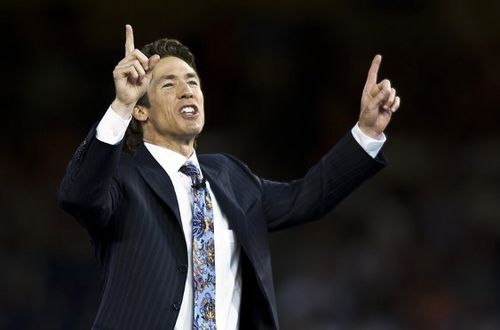