Raising a child is hard work, and pretty much every parent in the world agrees with that statement. And if parenting is hard for a couple, who are going into raising a child equipped with everything the market has to offer, then you can just imagine how hard it is for a single parent to do all of that by themselves. This was what Greg Wickherst from Pueblo, Colorado had to go through every single day while raising his little daughter Izzy. Greg worked hard every day in order to provide for his daughter and make sure that he is raising her just like he would if she was being raised by a couple. He had everything down to the smallest detail. Well, everything but one thing – he did not know how to do his daughter’s hair.

Greg Wickherst has been dubbed “The Hair Dad” by the public, and we want to present his adventure to you. Be sure to read on and find out how and why he got that funny nickname.

After Greg and his now ex-wife decided to go their separate ways, he gained the primary custody over their daughter, three-year-old Izzy. Greg did all the research necessary in order to provide his daughter with the life she deserved, but when it came to styling her hair, he hit a brick wall. He suddenly realized that he had no idea how to do it.


But, like with any other thing, he decided to do something about it. Greg said, “I saw an area that I was lacking as a parent and wanted to fix it, so I asked for help.” 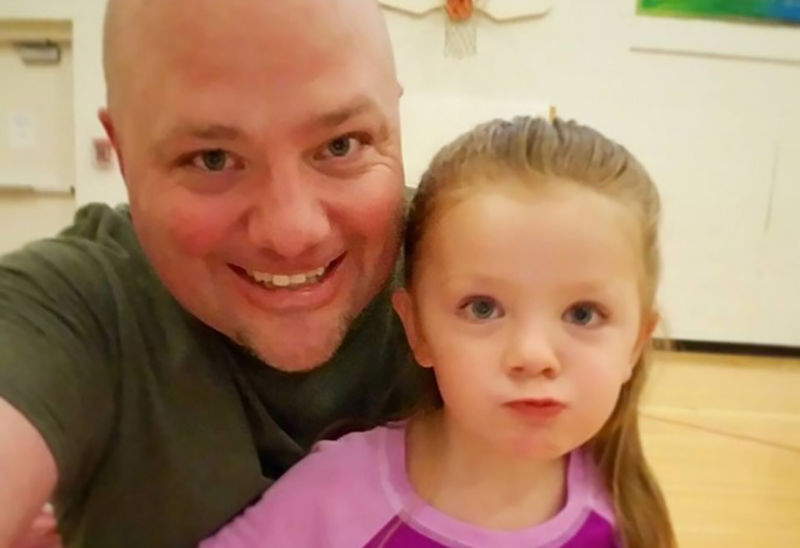